Writer/Director Henry Blake joins our Best Drama Jury at an exciting time. His debut feature, County Lines, has recently been nominated for four British Independent Film Awards. (You can read my review of County Lines here.)

It’s a huge achievement for the former youth worker, who based the film on his own experience of working with vulnerable children.

I had the opportunity to interview Henry Blake recently and asked him about his filmmaking journey.

Blake started out as an actor and chose youth work to supplement his income. In his early twenties he steadily fell out of love with acting, so he turned his hand to directing.

Before County Lines, Blake made several short films but deliberately kept his filmmaking and youth work separate. He instead focussed on exploring as a short filmmaker.

‘Shorts are just great to experiment and explore.’

Then in 2015, Blake worked with a group of children and knew that he couldn’t ignore his experience any longer. He felt that the general public were not being told a deeper context about children like Tyler and just how vulnerable they are.

‘I saw an opportunity as a filmmaker to author something that was quite culturally different.’

Blake hopes that people will watch County Lines and change their perception of youths who are manipulated into drug trafficking. Rather than branding them as drug dealers, seeing them for what they really are: vulnerable young people.

By the time Blake came around to directing County Lines, he had already made seven short films, including a short version of County Lines.

This experience with the medium of short film was invaluable. Blake attests making a short can provide a testing ground for a subject matter. It can also prove to be an opportunity to bring a creative team together that you might want to use for a feature.

I ask Blake what he thinks makes a great short film.

Blake says it doesn’t matter if it’s only three minutes long, filmmakers should not feel artistically constrained by the format. It’s all about the filmmaker’s vision.

‘A great short film should feel as artistically bold as any feature film.’

So, what’s next for Blake? He’s writing another film. He says it’s very different and he’s enjoying it. 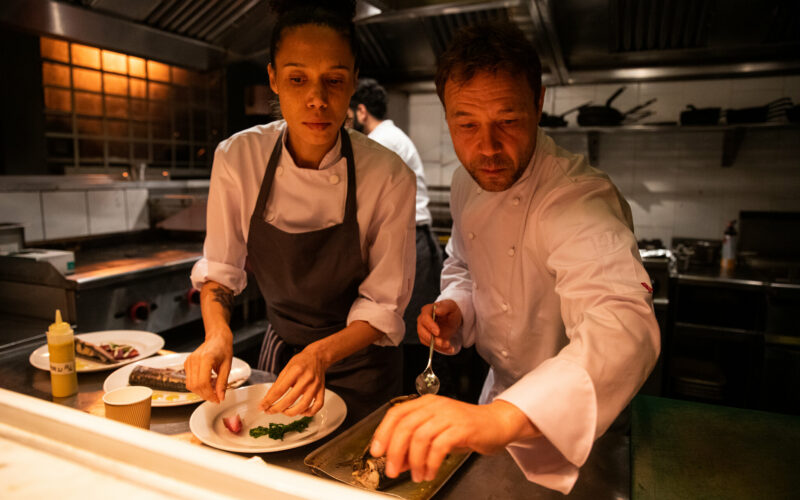